Dioceses celebrates completion of ‘Good for the Sole’ 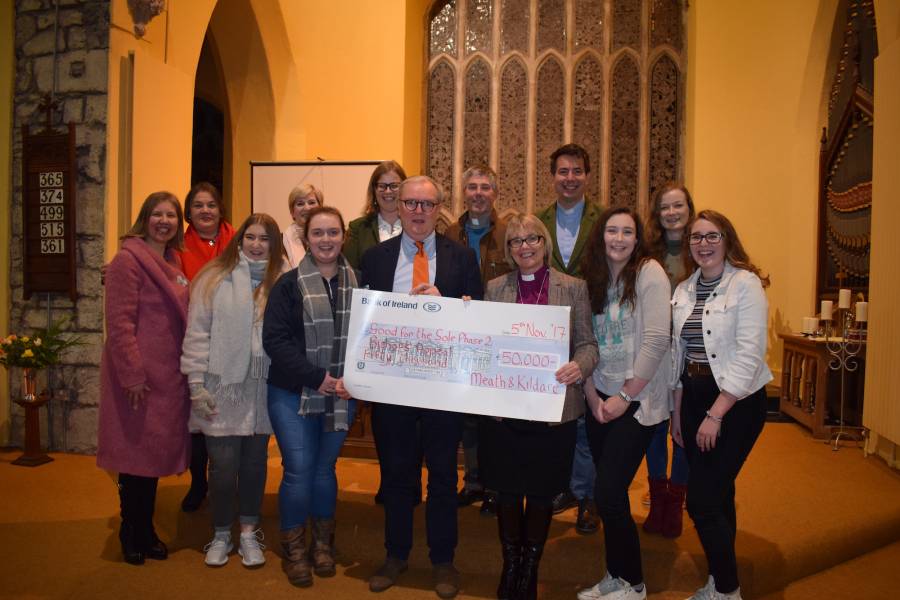 Dioceses celebrates completion of ‘Good for the Sole’

People from across the Church of Ireland dioceses of Meath and Kildare gathered for a very special celebration on the evening of Sunday 5th November. The occasion was to mark the completion of a diocesan project to raise funds for people whose feet have been damaged by leprosy. A celebration service took place in All Saints’ Church in Mullingar.

Good for the Sole has been run in partnership with two aid organisations, the Church of Ireland Bishops’ Appeal and the Mission to End Leprosy. The special service included video, interviews, singing as well as a presentation by Ken Gibson, CEO of the Mission to End Leprosy. The evening ended with coffee and cake for everyone. It is commonly thought that leprosy no longer exists, but this unfortunately is not the case.

One of the effects of leprosy is often damage to a person’s feet. The disease causes them to lose sensitivity in this area, making the individual more prone to injury. The Mission to End Leprosy has been involved in developing a cost-effective sandal that can protect the wearer from such harm. One pair of sandals can be manufactured and distributed at a cost of €2.50. In its first year, the Good for The Soul project set out to raise enough money to buy 10,000 pairs of sandals in Karigiri in Tamil Nadu, India. That target was reached

During the second year of the project it was decided to raise funds for foot surgeries. These took place at a hospital supported by the Mission to End Leprosy in Karigiri. Life changing surgery can be completed for €50. The dioceses set itself a target of raising €25,000 that would fund 500 surgeries. During that phase of the project €50,000 was raised, enabling 1,000 foot surgeries to take place. In total, during the two years of Good for the Sole over €75,000 was raised – hence the celebration! For the past two years parishes and individuals across the dioceses have used great imagination to raise funds – knowing that every Euro would make a difference. Everything from coffee mornings, dances, quizzes and even sponsored dog walking all helped reach the target. A special cookbook, Food for the Sole, was even produced. With a print run of 5,000 copies it is a popular gift that changes lives.

Bishop Pat Storey talked of the hard work of so many that helped the project reach its target. She said: “By sheer hard work and imagination parishes and individuals across the dioceses of Meath and Kildare have raised funds that will change people’s lives. It is truly inspiring to think of the effort and commitment of so many over the past two years”. She continued: “We thought the task we set ourselves was a daunting one. It was knowing the damage that leprosy causes and that something could be done about it that kept us going. What is inspiring above all else is to hear about the work done to combat this disease, as well as the daily courage of those who suffer from it”.

A team from Meath and Kildare also raised their own finance to visit the hospital in Karigiri, where so much life changing and pioneering work takes place. Their moving accounts of what they witnessed, featured on the diocesan website and Facebook page, helped to inspire fund raising at home.

Copies of Food for the Sole can be purchased by visiting www.meathandkildare.org