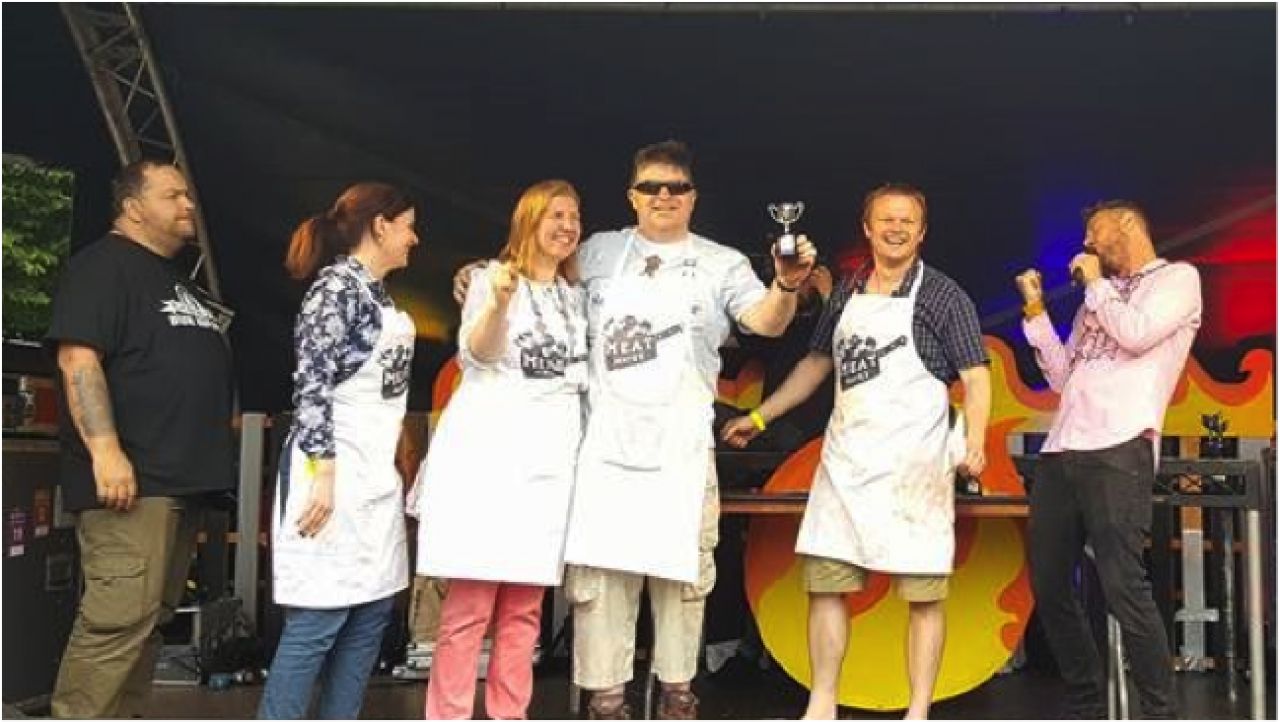 Congratulations to some well known members of our dioceses who won a prize at The Big Grill Festival, in the middle of August. Tim and Rhonda Willoughby from Naas, teamed up with their friends from Tullow, Dale and Jackie Rothwell to form Meatmates. They were thrilled to win Second Prize in the Pulled Pork Category, collecting a Cup and €200.

The Big Grill festival is an Annual event held in Herbert Park in Dublin 4 over 4 days in the middle of August. This is the fourth year of the festival and over 60,000 people attended over the 4 days. In addition to the top restaurants and craft brewers selling their wares, an integral part of the weekend is the Pit Masters BBQ competition.

The competition had 4 key categories where teams had to enter Pulled Pork, Beef Brisket, Pork Ribs and Chicken to a prescribed format with strict guidelines and timings. A fifth element was an open competition called Anything But. Meatmates entered Hot Smoked Salmon with Barbecued Brown Bread and Barbecued Corn Bread.

The competition was fierce, but a lot of fun, with competitors from the UK with over 100 competitions under their collective belts. One of the teams featured a TV star, Emma Millest, who came second in the ITV BBQ Champ programme.

The judging was carried out by trained judges, some of whom came from similar competitions in the UK.

At 4.30pm on the final day, everyone was gathered around the main stage, when the results were announced for each category and the overall winner. There was no real surprise that the UK professional competitors won the overall award, but Meatmates were thrilled to win Second Prize in the Pulled Pork Category, collecting a Cup and €200.

Tim Willoughby said “The overall experience was fantastic. From the moment we set up on the Friday, Dale’s Engineering of the BBQs was much admired by all of the public, and we had a stream of pictures, tweets and likes over the weekend where our food went down a storm”. He continued, “It was a team effort – Dale and Tim cooked and Rhonda and Jackie made the entries presentable and ensured a high standard was achieved”.

It has yet to be decided if Meatmates will “Meat” again at the Big Grill 2017 – watch out for smoke signals in Naas and Tullow!!!